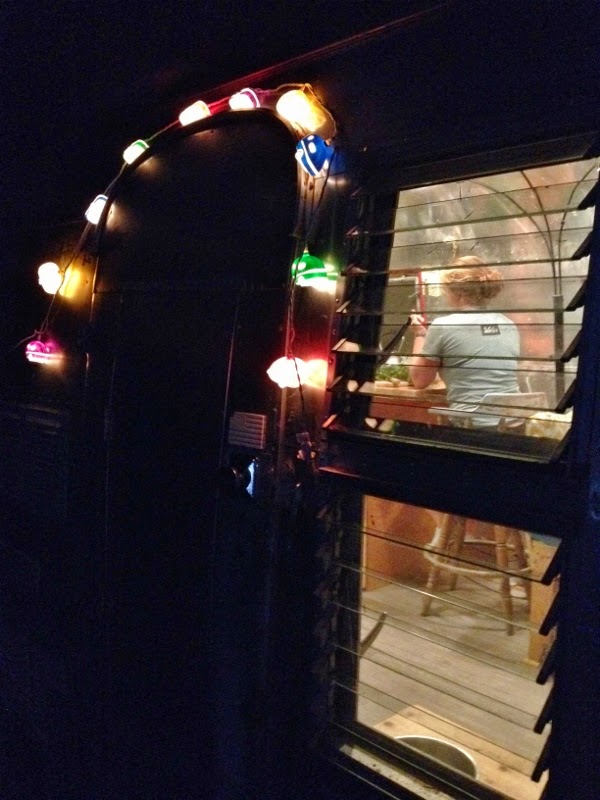 It took us nearly all summer to get the party lights up, but we did get them plugged in just before Fall began, and we did have a party!

Some big changes are coming up for the Blue Moon residents. J, myself, and the furball Agnes are packing up and going adventuring for awhile! We've decided it's time for some travel, so in just a few weeks we'll be climbing into our trusty van and beginning a long road trip. I know it would be way more awesome and blog-worthy if we were hitching up our Airstream to Trusty Van and taking it with us, but in truth, we are light travelers, and we don't need to take our tin can home with us. The van will be our even tiny-er home on our road trip. We're planning on about five months - part of that time we'll be in New Zealand! Blue Moon will be here waiting for us on our island when we return to living in it in the spring. Here's some pictures from the end of a beautiful Airstream summer, and a nod to what's ahead for us... 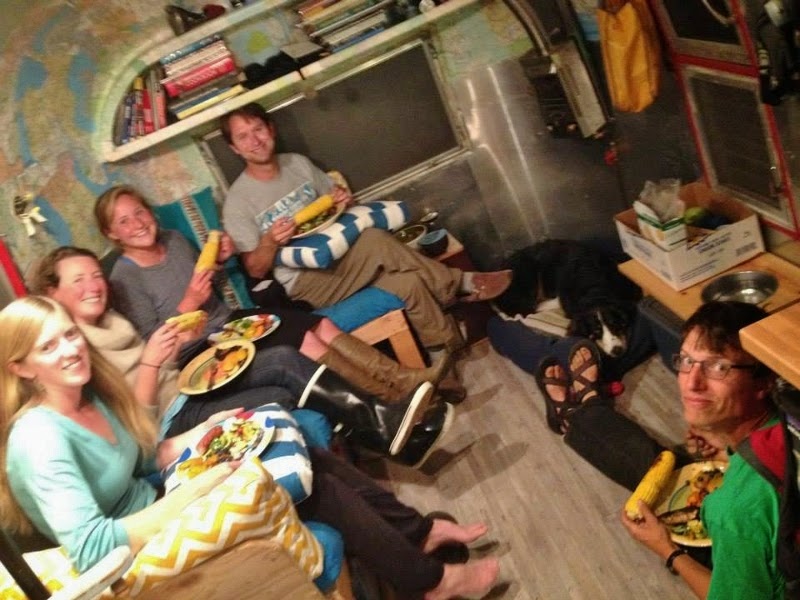 Partying Airstream - style with other tiny house friends - all of them are nearly done with their own Tumbleweed Tiny Houses! Sorry you got the floor Andrew :-/ 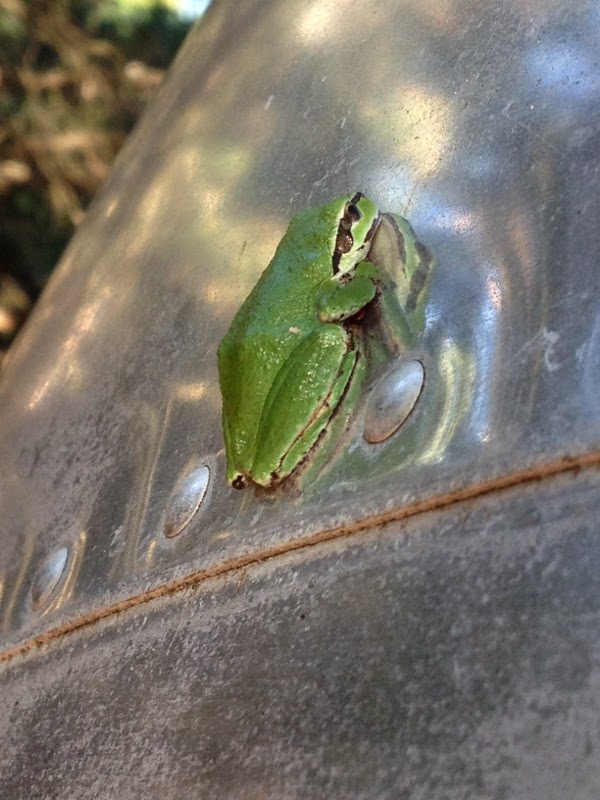 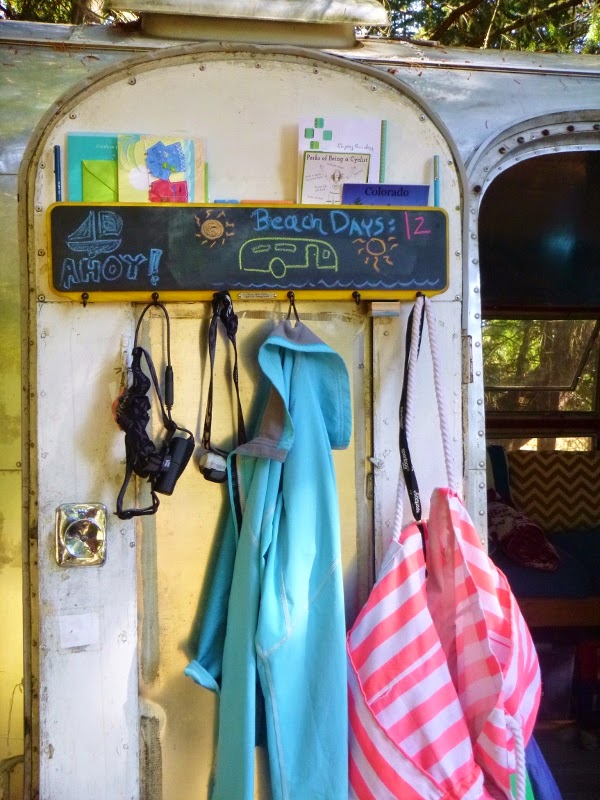 I have pretty strict standards for what counts as a Beach Day. You have to actually lie down on the beach and relax. Walking the dog on the beach doesn't count, and driving by for a quick look at the beach does not count. So, 12 is maybe not quite as many beach days as we had hoped for this summer, but as J puts it, "That's nearly two weeks of just lying on the beach!" 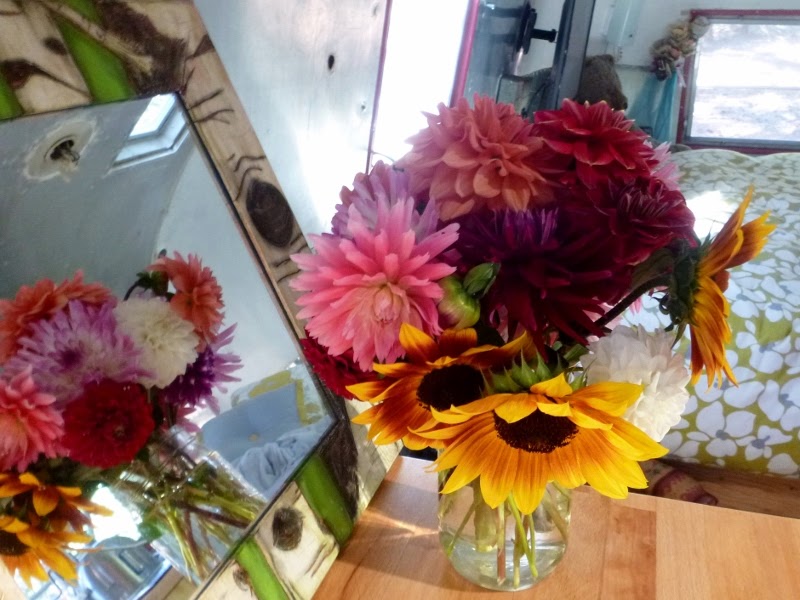 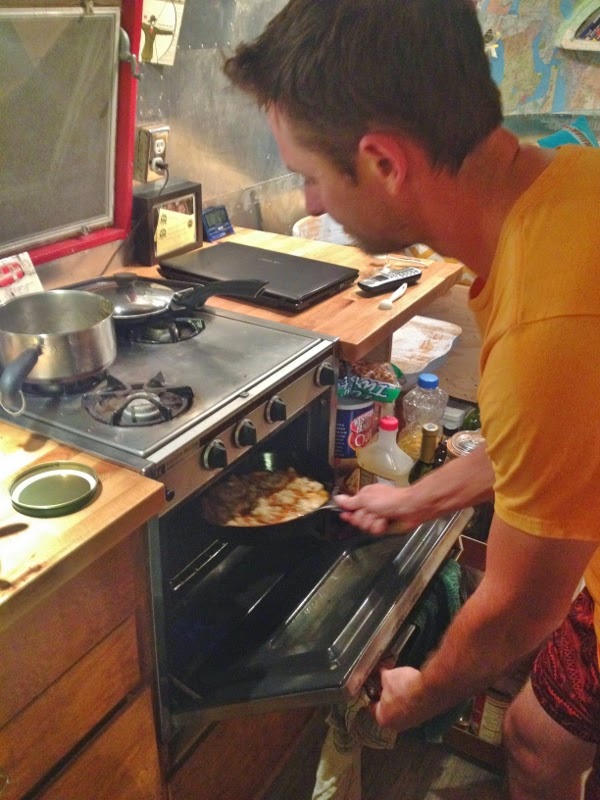 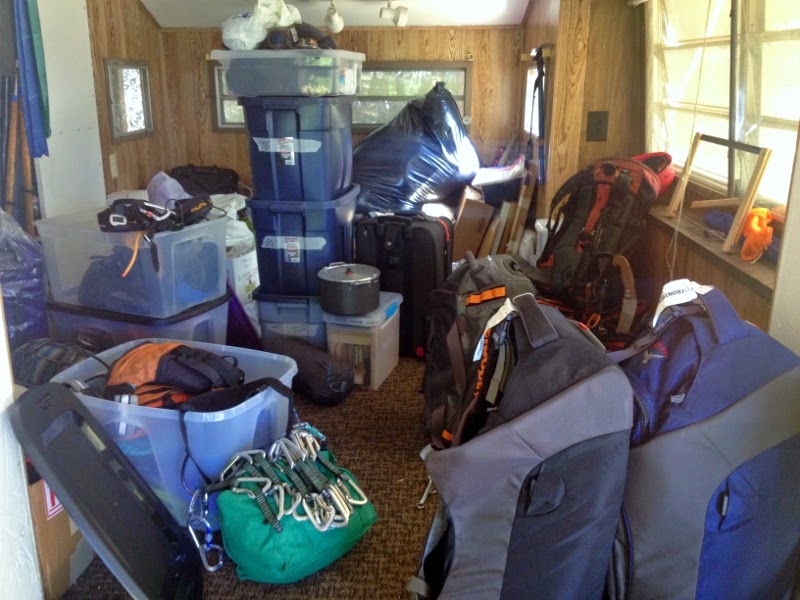 Full Disclosure Time: So, it's time to face some behind-the-scenes of the blog realities. The first of which is that we have this room full of stuff (it's like our "shed" of sorts). We have done a TON of downsizing over the last two years - just yesterday we took another sizable load to the thrift store. We're not big purchasers either, but we do own a lot of toys. You know, like two complete sets of kayaking garb (one for each of us), two complete sets of ski gear, a whole bunch of rock climbing equipment, camping gear, spare bicycle parts...you get the picture. These of course are things that adventurers cannot part with, and some of them will last a lifetime. Another reality is that almost all of the stuff pictured here would actually fit in the storage we designed under our bed and under our couch, and that's where it started out, but...in the winter we started to see mildew growing on our stuff that we put under there :(

So, as adventure awaits us we'll be sorting, packing, re-sorting and organizing all of this gear and deciding what to take. Skiing in Colorado and surfing in New Zealand, down coats and swimsuits! It's taken me awhile to stop stressing about this big change, the unknown future, and the open-ended-ness of it all, but i'm coming around :)

You may not see very many Airstream-related posts over the next five months - or very many posts at all depending on how much fun we're having! But have no fear, the Blue Moon Chronicle will carry on in some form or another, and if nothing else, come spring of 2015 we'll be back to all-things-Airstream!

Posted by Traveling Osprey at 11:29 AM