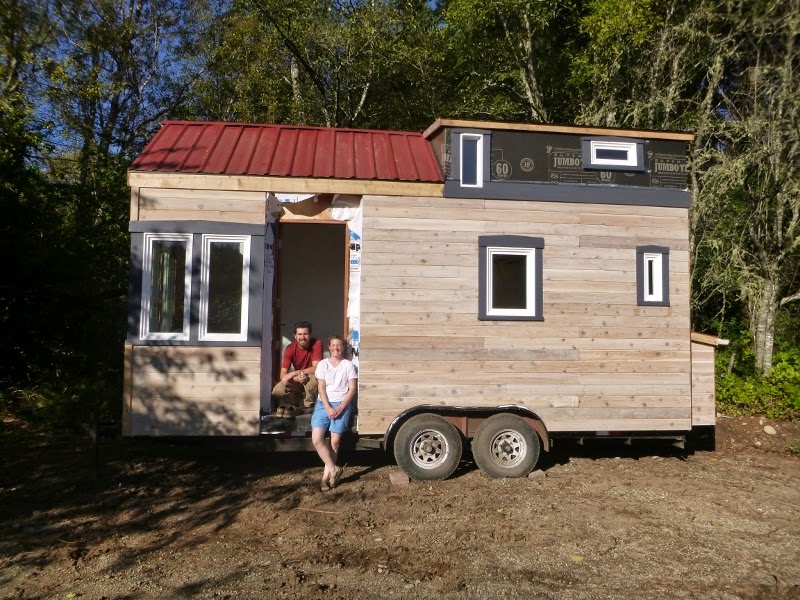 There was much to celebrate last weekend on Bainbridge Island, where our friends are forging their own tiny house adventure! It doesn't seem like so long ago that Meghan and Christian bought a flat-bed trailer and started framing out a tiny cabin on wheels in hopes that they would someday move in and live small. They are nearly done putting the finishing touches on their home and the time came to hitch it up to a big truck and haul it down the road to it's new home. I joined several of their friends to offer moral support and take pictures :). Having suffered through my own anxiety about hauling the Airstream for the first time, I knew a little about what they were going through! But, their house weighs about three times as much as our Airstream, and is quite a bit taller -- so I'd say they had a much bigger challenge on their hands! 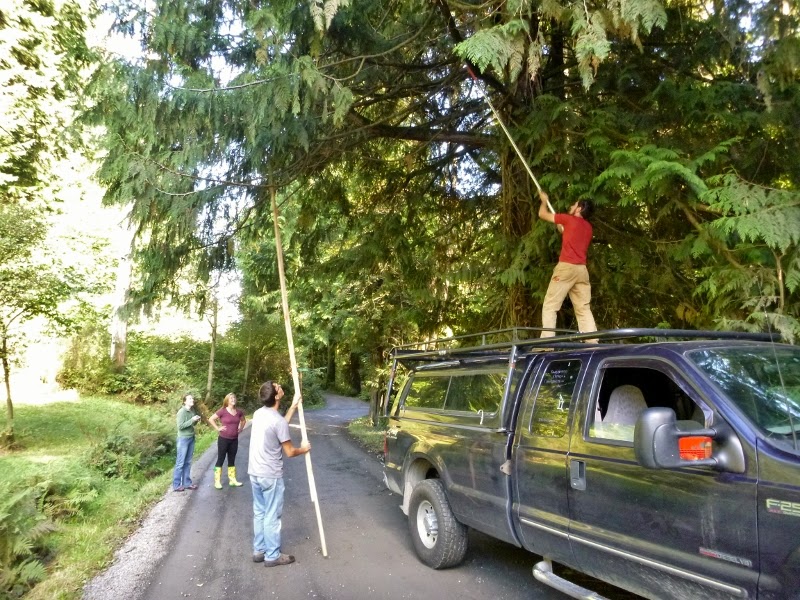 First, we drove the route and measured for low-hanging branches that might hit the tiny house. There was a bit of branch trimming to be done. We also measured the power lines! Fortunately we didn't have to cut any of those... 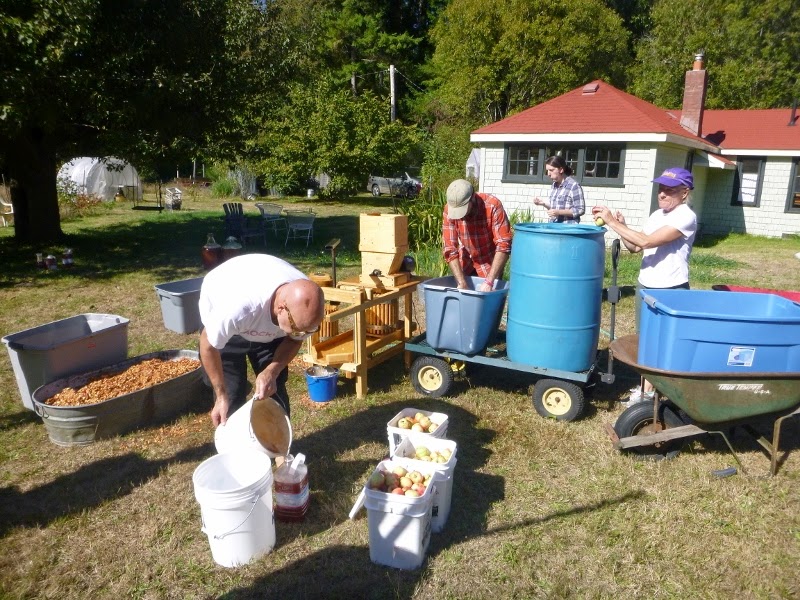 Then everyone got distracted for an hour or so by the massive amounts of apples just dripping from the trees and the fact that this cider press was just sitting there, so everyone started picking fruit and pressed a gazillion gallons of cider! 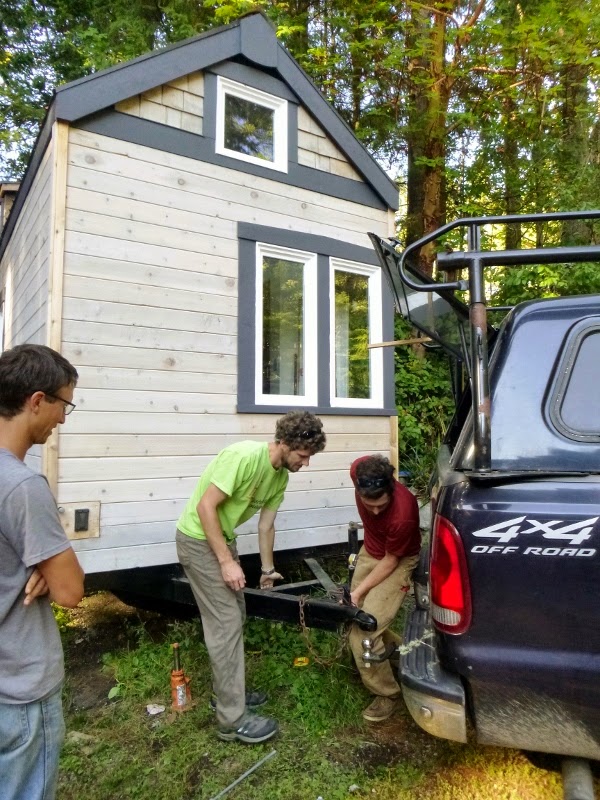 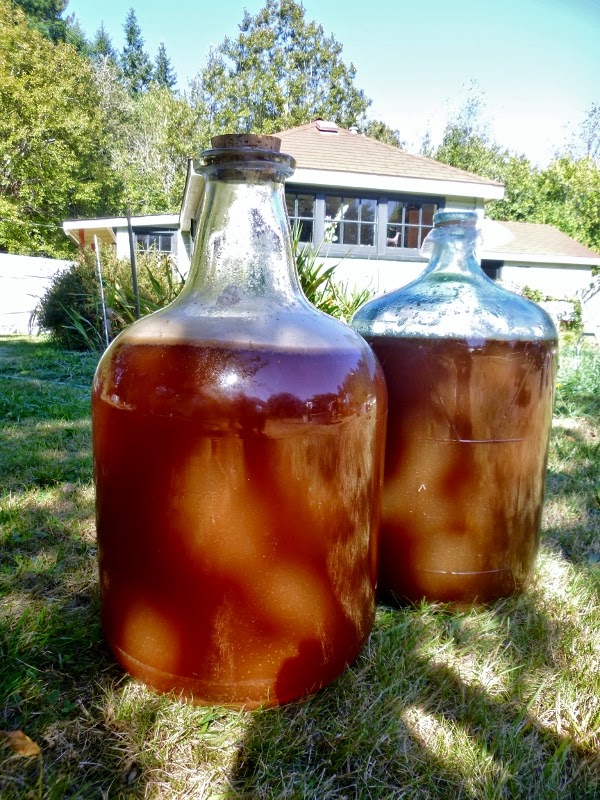 Time to get serious! The house was hitched up and they were on the road. I am always amazed and what big trucks can do. A serious hill up a gravel road was the first part of the drive this rig had to tackle, and aside from the stress on the driver (Christian), it went up no problem! Freddy (in green above), set up a Go Pro camera on the truck and made a fun video of the move if you want to see more! 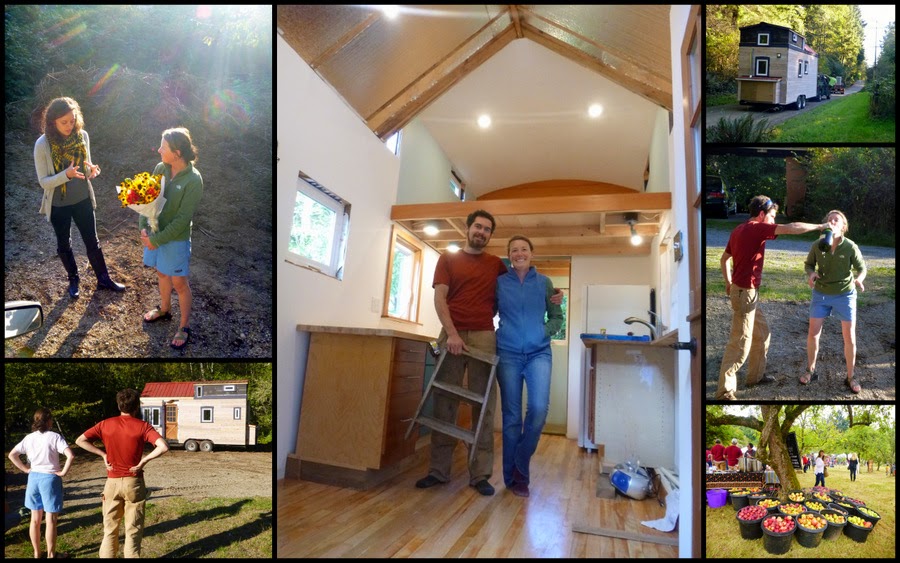 Flowers, apples, and champagne. All you need to move a tiny house!
(Plus one big-a** truck!) 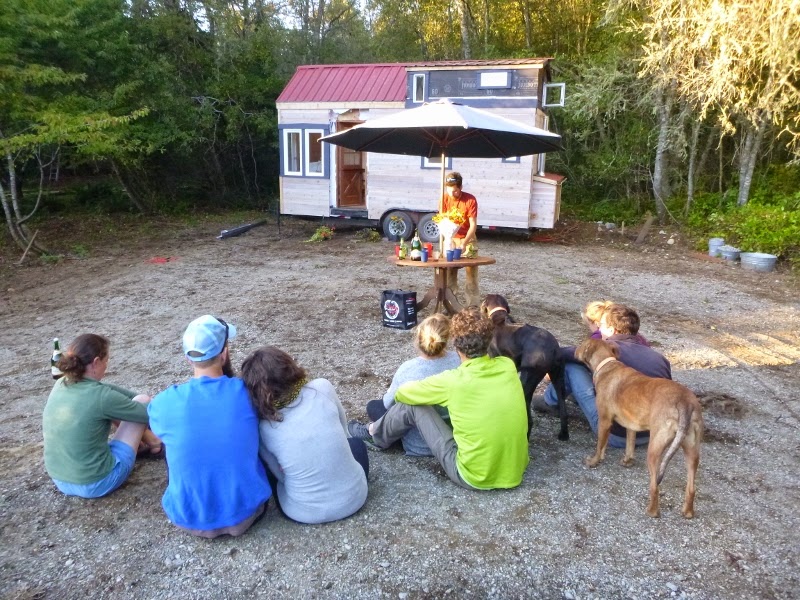 And friends, of course! 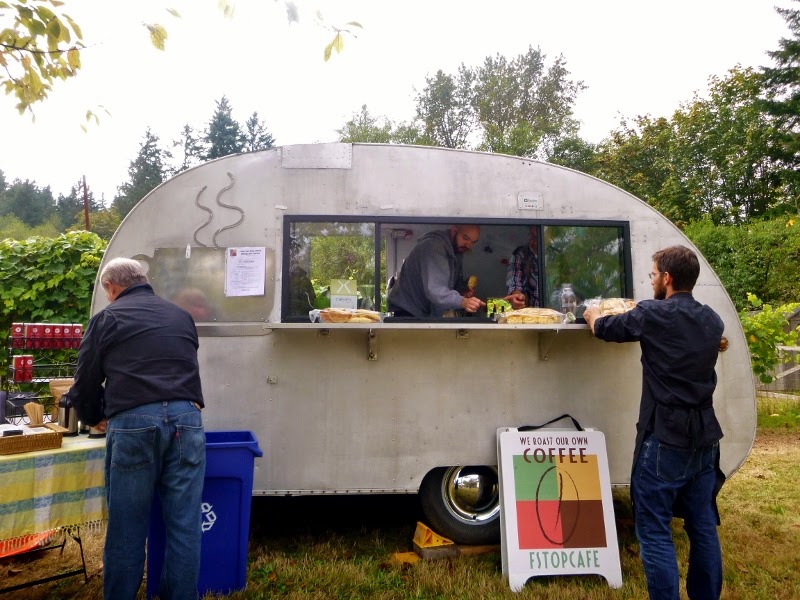 And because this is an Airstream blog,  here's the tiny shiny coffee trailer I found comfort in at the Bainbridge Harvest Fair the next day :)