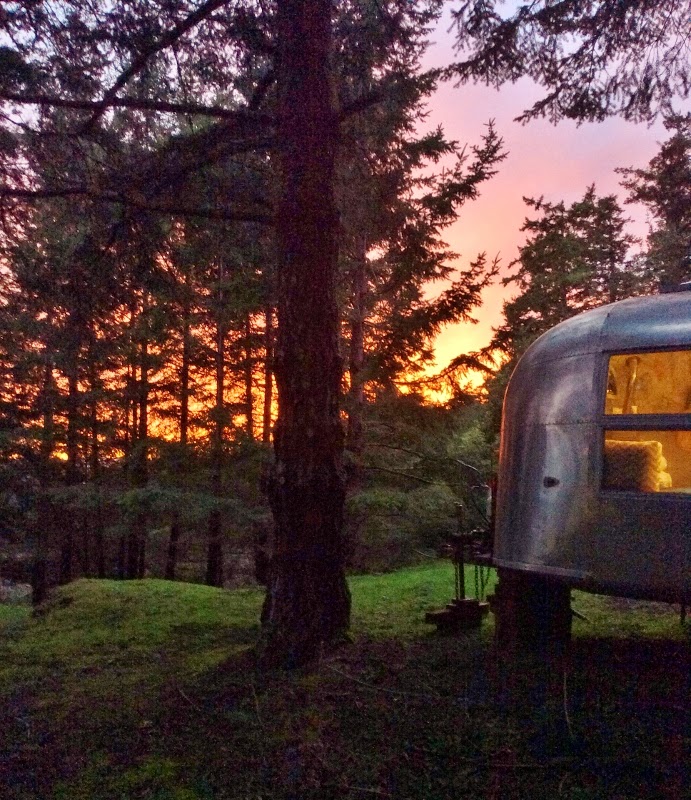 It's hard to believe, but we're back in our little island Airstream after five months of adventures that included an epic west-coast road trip, the holidays in Colorado, and six weeks in New Zealand. We arrived home about a week ago after a meandering mini road trip from Colorado to Idaho to Washington (with a brief stop in Dillon, Montana at the Patagonia Outlet store...). We made a mental effort to try our best not to be dismayed at the potential state of our Airstream before we got there, just in case the place was covered in hibernating creatures or a tree had crushed it. Ok, that's a little dramatic. Fortunately neither of those two things had occurred, there was just some serious mold and mildew to clean out. Ahhhh Washington, you are wet and wild and things just grow too darn well! Out came the respirators, the bleach (yuck), and the scrubbing began. The worst part was that our countertops, which are unsealed on the under side, seemed to have absorbed moisture and warped, now resembling a boat hull! The sink even busted out of its fitting due to the shift. Oddly enough after a week of cleaning, airing out, and heating the Airstream again, the countertops have actually gone flat again! As the Airstream was pretty much devoid of our stuff, we also took the opportunity to do some polyurethane-ing of our drawers before we moved back in, to prevent future mold-takeovers. 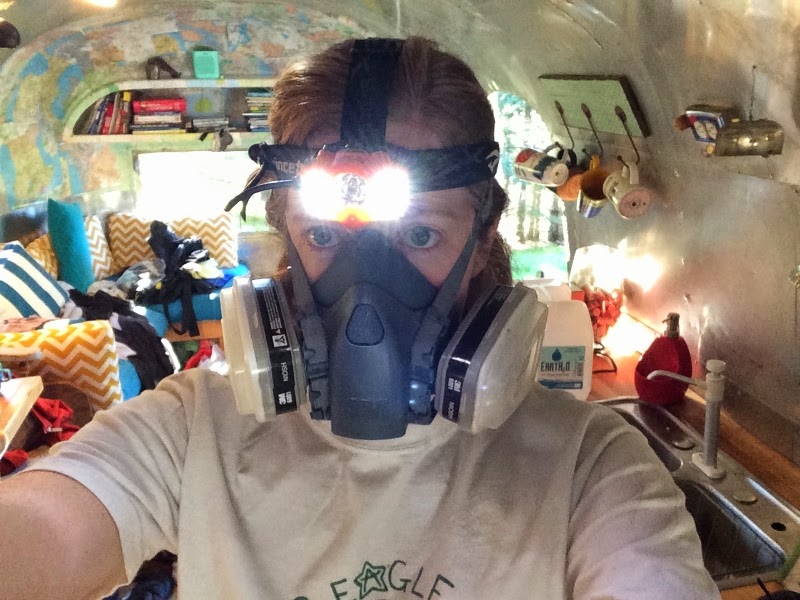 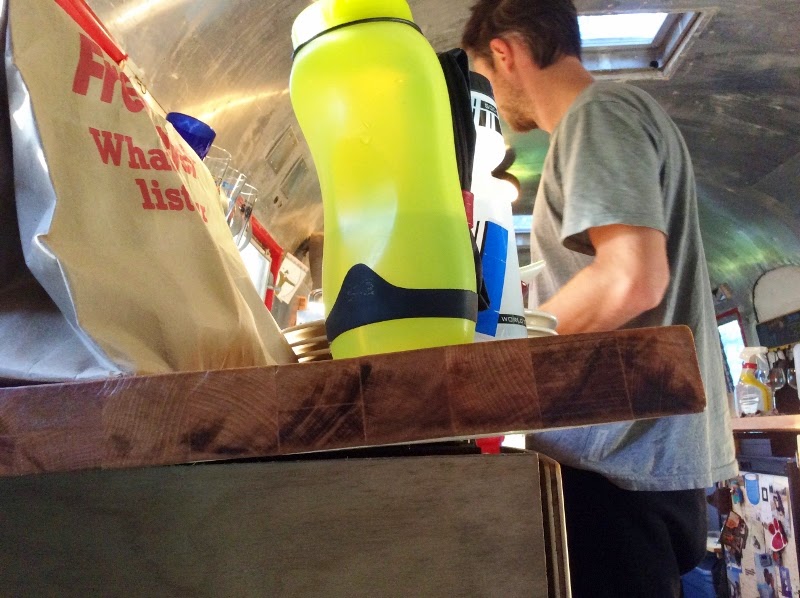 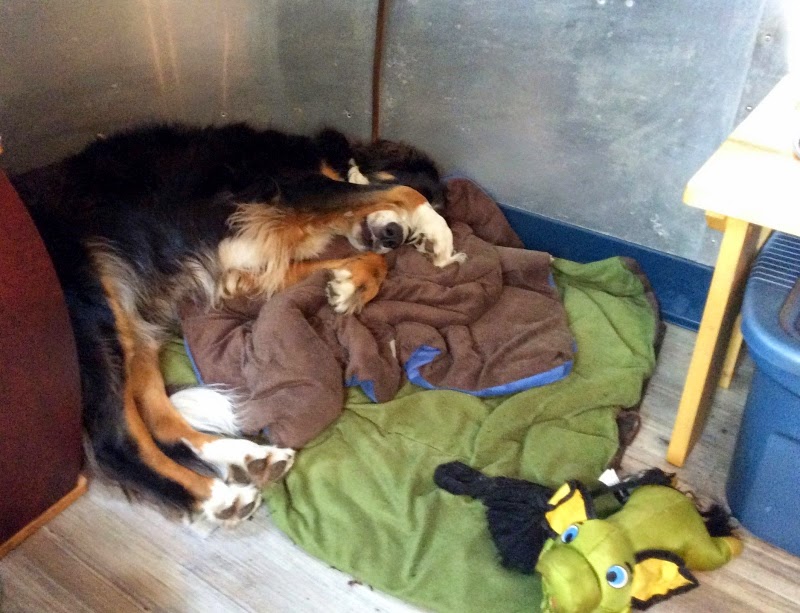 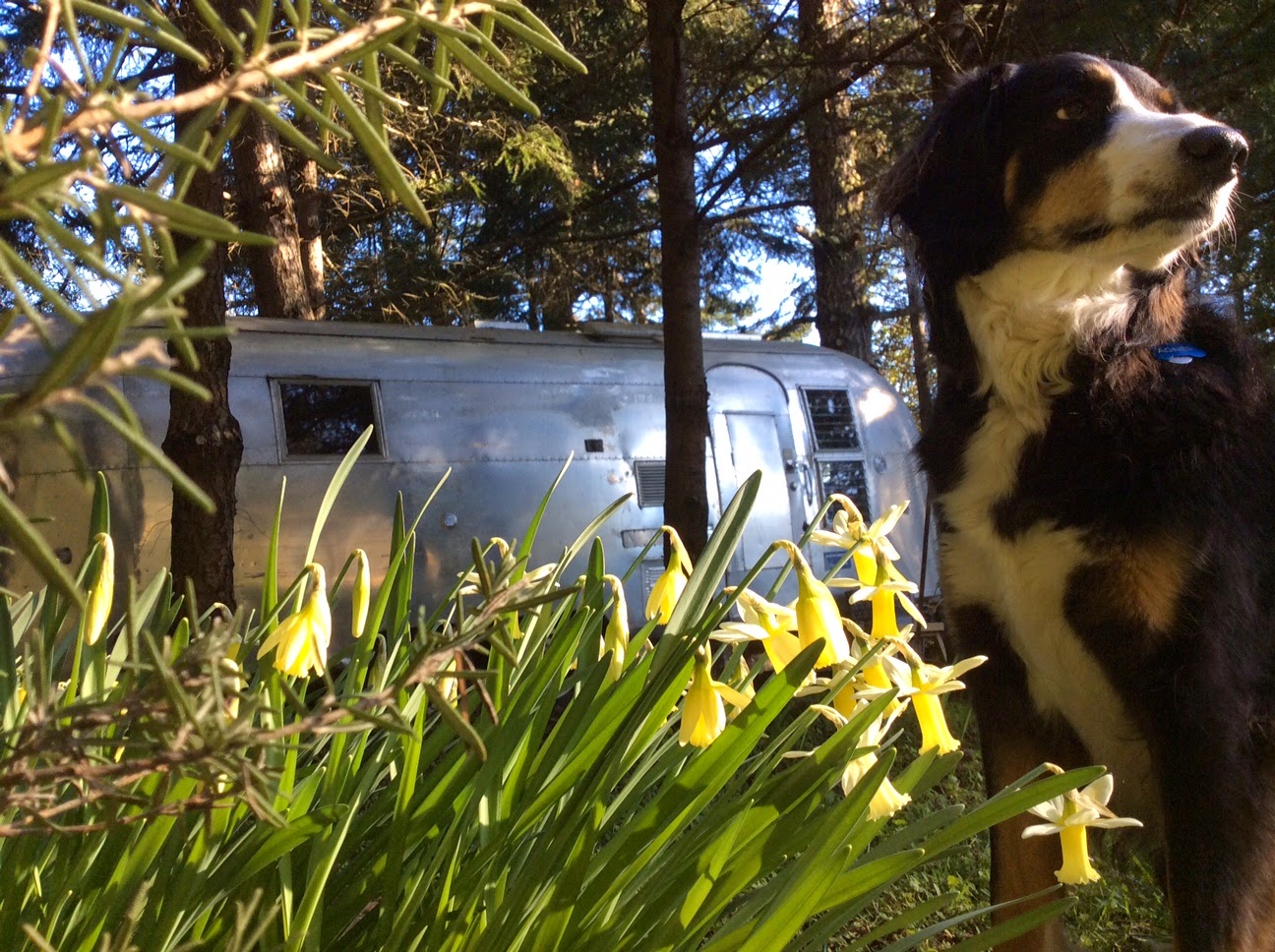 So, we are nearly back to our version of "normal" on our pacific northwest island. The vegetable seeds I started last week indoors are already showing their sprouts! Spring came early to the island, rounding out what everyone here claims to have been a mild winter. Of course, the winter our friends finally decide to stay on the island and the weather is half-way decent is the winter we decide to go vagabonding! But that is neither here nor there as J and I have zero regrets about the last five months. New Zealand was a really special adventure for us, and we had so many unforgettable moments there. We met some wonderfully generous and kind people during our trip and saw so much of the diverse landscape that is NZ.

J is already back at work and I'm on the job hunt, soaking up the spring sunshine and organizing Airstream life in the meantime. Even though it's still spring, here's a toast to summer #3 in Blue Moon the Airstream!
Posted by Traveling Osprey at 9:45 AM