Well, we have bought all the citristrip paint stripper from our hardware stores and now they have to re-order it! It won't be in 'till Monday so not much work going on in Blue this weekend. It's a soaker up here on the island, so it's a good weekend for couching and tea-drinking. Blue is coming along though. We have a large chunk done: 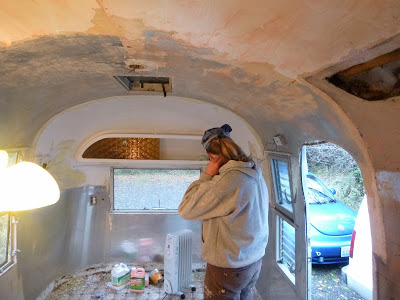 The white endcap is fiberglass, so will remain painted...haven't decided on the color 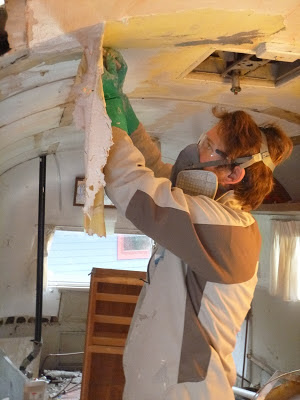 J is a fan of trying to remove paint in all in one piece - this one was his biggest yet! It is a good thing we are not any shorter, or scraping the ceilings would really stink.

Our friend Michael moved back to the island for the winter (yay!) and we went and visited him at his new place. He is living on kind of a compound - very cool! Peggy, whose daughter is the violinist in the Colorado-based band, Elephant Revival, also lives on the compound, and last week, her tiny Tumbleweed house arrived. We have of course looked at lots of Tumbleweed Houses online but have never been in one! So we all meandered over to her place and Peggy graciously showed us her new tiny home on wheels. It gave us hope that our messy, sort of toxic, trashy-trailer will someday be homey inside :) 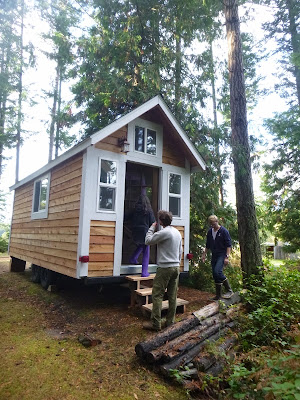 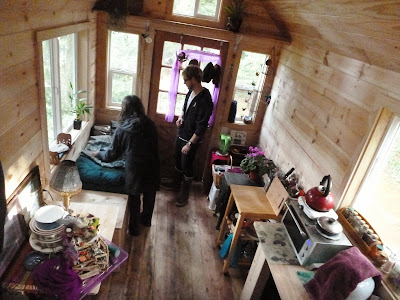 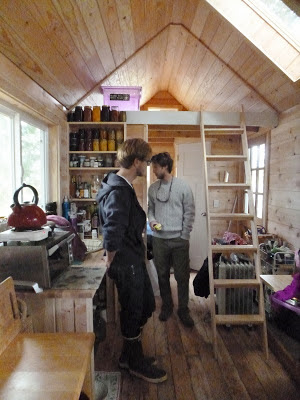 Climb the ladder to the loft. Peggy wants to build a tiny permanent staircase instead. 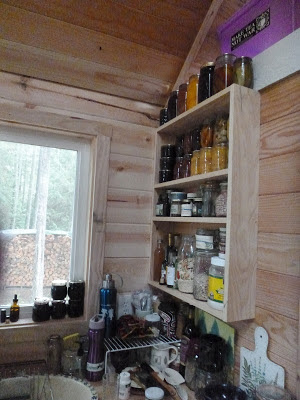 Canned goods are great in tiny kitchens too :)


Posted by Traveling Osprey at 1:15 PM